Use one of the services below to sign in to PBS:

You've just tried to add this video to My List. But first, we need you to sign in to PBS using one of the services below.

You've just tried to add this show to My List. But first, we need you to sign in to PBS using one of the services below.

Become a SO PBS member to enjoy
SO PBS | Passport

Get extended access to 1600+ episodes, binge watch your favorite shows, and stream anytime - online or in the PBS app.

Already a SO PBS member?

You may have an unactivated SO PBS Passport member benefit. Check to see. 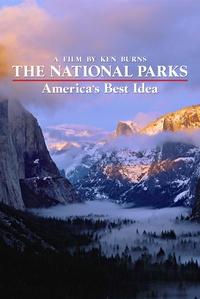 Filmed over the course of more than six years at some of nature's most spectacular locales, the film is a story of people from every conceivable background—rich and poor, soldiers and scientists, natives and newcomers—who were willing to devote themselves to saving some precious portion of the land they loved and in doing so reminded their fellow citizens of the full meaning of democracy.

For more than three decades, Ken Burns and his colleagues at Florentine Films—directors, writers, producers, editors, and cinematographers—have produced some of the most critically acclaimed and most watched documentaries on public television.